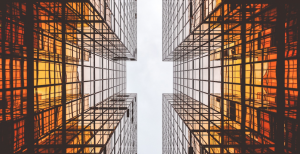 Demand For New York City Office Space is On the Rise

Our research indicates that 2016 showed excellent growth in the demand for commercial real estate and corporate office space throughout New York City. The services of office-based businesses were increasingly in demand, and all indications are that that sector has been steadily increasing the number of new hires. Many Fortune 500 companies are expanding their operations in Manhattan, causing an increased demand for all types of corporate real estate, from existing office space to new construction. The average rent per square foot for office space in Manhattan has increased almost $10 in recent years. As existing spaces have been filling up, new developments are on the increase. New high-rises are under development across the city, and there are even new mass-transit routes being developed and planned, revealing a long-term sense of optimism for continued growth. The rate of rent increases in Manhattan continues to also drive growth in Brooklyn, Queens and the Bronx. With several new developments going up across the East River, as well as redevelopments of past industrial zones, rents are expected to also continue to rise in those areas.
As property investment opportunities have continued to increase across the city, investors have taken advantage of the competitive interest rates being offered by commercial lenders. According to our in-house, recommended lending partner, Vertical Funding, most of the investor interest if focused on Manhattan and Brooklyn. Cap rate averages across the city have been averaging around 5.5%, with occasional transactions at or below 5%. Although still not the norm, there have been rising incidences of competitive bidding on choice properties, driving the prices up on commercial real estate that’s well-located and either home to good tenants or seen as highly attractive for new tenants. With many neighborhoods in Brooklyn changing rapidly in terms of demographics and spending power, many more properties are coming onto the market creating diverse opportunities for well-funded investors.

TripleNetInvesting.com’s Forecast for the Coming Year:

The rate of new hires will level out with the citywide economy adding approximately 100,000 new jobs. The number of jobs added in 2014 was just over 121,000 and the number of new jobs added in 2016 was around 90,000. Average salaries are projected to increase slightly, between two and three percent. Developers will continue to add new office space, especially in Lower and Midtown Manhattan, Brooklyn and Queens. The rate of new development will level out and possibly drop, with just under two million square feet of office-based real estate being added citywide.

The amount of vacant office space will continue to decrease citywide despite the addition of more new space. The overall vacancy rate in New York for 2016 should remain below 9%. Citywide the average office rents should continue to rise. In select markets rents could rise as much as 7%, with the average increase across all boroughs forecast at around 3.5%.

Triple Net Investing specializes in the sales and acquisition of commercial properties. If you need professional assistance, get in touch with us.